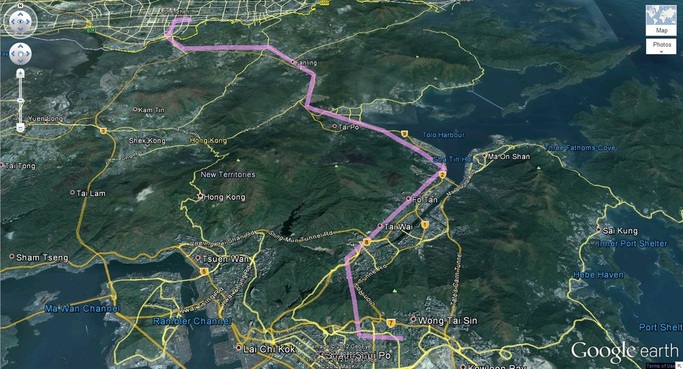 Before the 1950’s the line between Hong Kong and mainland china ran unfenced through mashes and along the river. Successive waves of migration in both directions throughout the last centuries has left ancestral networks that crisscross the region.  These networks, followed by cross-border marriages have created a patchwork of identity and mobility rights.  After growing up and completing her university education in Shenzhen. Because of the right to Hong Kong Identify through her father she is able to take a higher paying office job in Hong Kong. Each day she scans her ID Card and finger print before taking the Metro to work, like hundreds of children with a Hong Kong parent traveling to school… 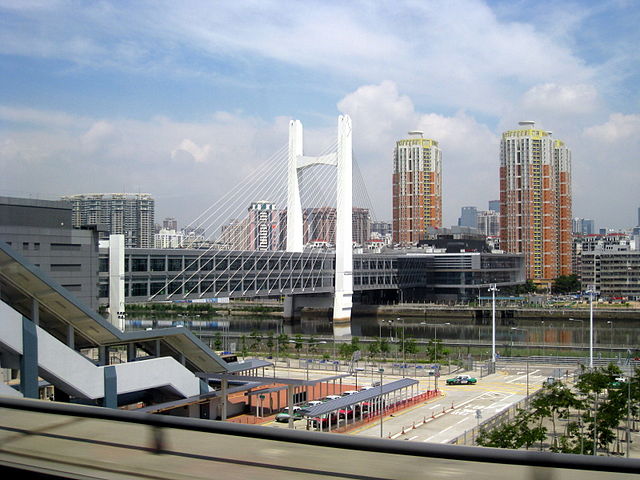 Born and raised in Shenzhen, but able to inherit Hong Kong residency from her father allowed her to secure an entry level job after graduation in the Hong Kong office of a major multinational firm. She was faced with the decision as to whether to relocate to Hong Kong or remain in Shenzhen. On her salary she could only afford a very small apartment in Hong Kong and would be away from her family and friends (many who don’t have easy access to Hong Kong). Instead she has used her Hong Kong wage to rent a new three bedroom apartment by herself adjacent the border linking into Hong Kong’s MTR (Metro) network. Her commute time each way is around one hour, long by Hong Kong standards but still comfortable. In this way she joins approximately 30,000 other daily border commuters, including school and university students, who commute each day to take advantage of the salaries and services offered in Hong Kong and the low cost of living in Shenzhen. Though she has build friendships in her workplace her life and identity remain in Shenzhen, with her family and long term friends. 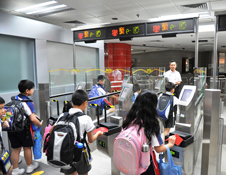 Shenzhen and Hong Kong have always been socially and economically linked, though the extent and volume of interaction have fluctuated over the years. Family and ancestral village networks predate the arrival of the British and continue to contain social currency in the region. Integration and the opening up of the border have lead to a rekindling of those old links. A 2007 survey by the Hong Kong Government estimated that of the 61,865 of its residents who live in the special economic zone adjacent the border, 33.4% of this group returns to Hong Kong four or more times per week, the largest portion of these was employed in transport, storage and communications (Hong Kong Special Administrative Region Government Planning Department & Shenzhen Statistics Bureau, 2008). I heard of teachers, police officers and shop assistants making the daily commute to take advantage of the lower prices in Shenzhen and the higher wages for entry level jobs in Hong Kong. These are matched by 18,110 people going in the other direction to manage and oversee the rapid industrialization of the Pearl River Delta (Hong Kong Special Administrative Region Government Planning Department, 2007).

粉is part of a growing group of those in the middle, raised and educated in Shenzhen, but through her father, eligible for Hong Kong residency, After graduation she applied for an administration job with a major multinational logistics company in their Hong Kong office. She got the job with a Hong Kong salary and began to commute. Her employer knew she lived in Shenzhen but as long as it didn’t affect her work it didn’t bother him and she wasn’t the only one in the office doing it. So each morning, she walks to the checkpoint for Hong Kong metro station across the border from Futian Shenzhen, and catches the metro to her office in an industrial area of the new territories. The whole trip takes an hour to an hour and a half, about her limit for a bearable commute.

粉tells me she has played with the idea of moving across the border to be closer to work, but the rent in Hong Kong has put her off and most of her friends live in Shenzhen anyway, where she has access to a car and numerous entertainment options with her Hong Kong salary. Social networks across the border have begun to develop though the workplace, but outside of that, there seems to be limited reasons to undertake social or cultural activities in Hong Kong.

When I arrived in China, I was extremely curious about the role and impact the border would have on social networks, a question of topical interest in places like cosmopolitan Sydney. Talking to and interacting with border commuters, on both sides of the border, I began to get the sense that cross border travel both built up and brought down social barriers. Everyone I spoke to acknowledged that the border was a point of difference. It changed social status and created a sense of being ‘away’, reducing inhibitions and family control while only being a short distance away.

The history of granting identity at the border is complex, and many children have had their lives impacted by it. Particularly children born and raised in Shenzhen but with Hong Kong residency as well as recent migrants to Hong Kong with close cross border family connections. An emotional scene painted in my mind by a newspaper article at the inception of this project was that of children waving goodbye to their mothers at their checkpoint as they left for school in Hong Kong.

In 2007 there were 5150 primary and high school student (under 19) commuting between Hong Kong and Shenzhen (Hong Kong Special Administrative Region Government Planning Department & Shenzhen Statistics Bureau, 2008). They are the product of a generation of cross border marriages between Hong Kong and Shenzhen residents. Most were born to Hong Kong fathers and mainland mothers. It’s a curious image, at the particular morning hour when you see the students’ line up alongside you, at a special electronic checkpoint tailored to the height of a primary school student. At other times, you notice the empty spaces beneath signs signifying meeting points for students when they arrive in Hong Kong. Once across students usually board dedicated school busses for local schools, which in some cases count over ninety percent of their student body as commuters (See (Wong, 2001; Chen, 2009) for more detailed stories). Many also travel further into Hong Kong with their fathers who are also on their way to work across the border. Along with a perception that the quality of education is better in the more established Hong Kong education system, there is also a sense that the earlier students are exposed to Hong Kong ways the better they will be able to adapt to the Hong Kong School system.

While predicting the future demographics of Shenzhen requires peering into a foggy crystal ball, there are clear generational trends in this phenomenon. First there was the growth in the number of Hong Kong men working in Shenzhen in the 1980’s, followed by a boom in cross border marriages in the 90’s that led to the growth in school age Hong Kong resident children early in this century. At the same time progressive improvements in the ability of Mainland spouses to gain residency rights in Hong Kong (at first the waiting period was ten years; now it is five years and dropping), coupled with an reduced desire for families to ultimately settle in Hong Kong as was previously the norm, has meant that the future of this movement is unknown. There have been a number of high profile calls to build Hong Kong government run schools for Hong Kong residents in Shenzhen but to date this has failed to eventuate for both practical and political reasons.

The outcome of this early exposure to border travel and the increased familiarity with the border means that this cohort of young people is well equipped to lead a second expansion of cross border cultural and social integration.