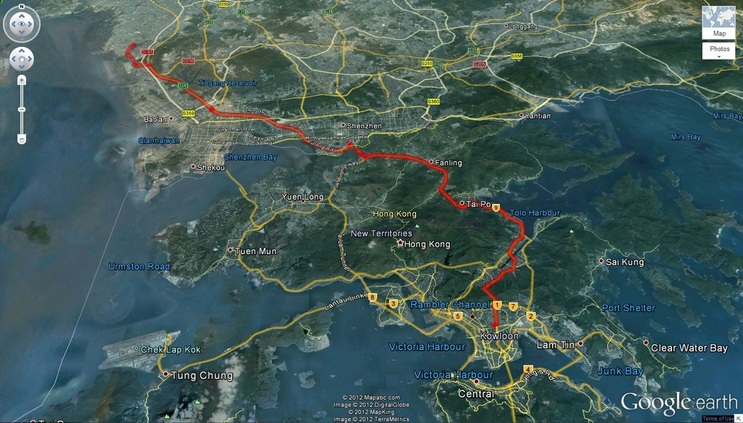 The view from the apartment buildings that line the border of Shenzhen is that of lush tropical forest and small farm houses that make up Hong Kong’s Exclusion Zone – an almost untouched buffer zone of unintended preservation between Hong Kong’s urban fringes and Shenzhen’s urban core.  It is a short walk from this household goods traders apartment to the Shenzhen checkpoint.  Where he can catch a shuttle bus across the bridge, collect his car from it’s parking lot and drive to his one man Kowloon office. On other days he travels north to the office where he has staff are located. He lives just across the barrier while he waits out the five years required to get a Hong Kong residence permit for his mainland Chinese wife – plus its cheaper… 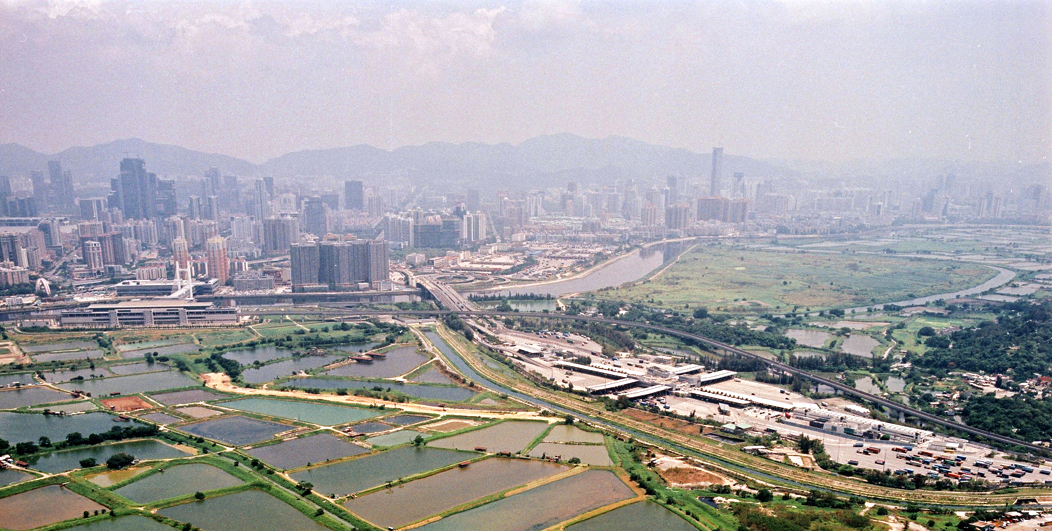 Morning walk to the checkpoint... Trader with  offices in both Hong Kong and Boan. Wife, apartment and social life in Shenzhen.

Born in raised in Hong Kong he attended university in Guangdong, at a time when there was a severe shortage of university places in Hong Kong. Now operating a trading company exporting kitchen products to the world living in Shenzhen with his mainland Chinese wife in an apartment walking distance from the checkpoint. Half the week he walks to Huanggang checkpoint and catches the shuttle bus across the river to collect his car before driving to meetings his office in Hong Kong, where he has no staff. The other days he travels out north of Shenzhen to a much larger office staffed by local employees, or to suppliers. He lives in Shenzhen firstly for his wife who is waiting for Hong Kong residency though marriage (a process which usually takes around five years) and cost. He also finds the way of life, particularly bars and clubs more congenial in Shenzhen, where he met his current wife and still enjoys his time. Crossing the border changes him, allows him experiences and opportunities he could not have without it...

Hong Kong since the 1950's has instituted an ‘exclusion zone’ covering its territory directly adjacent to the border. Shenzhen on the other hand has build right up to the border, with certain tall buildings now forming part of the fence. The buildings adjacent to the border have evolved over the years, and now consist mainly of 10 plus story modern apartment buildings. From the balconies of these buildings one witnesses an abrupt change in landscape from dense new urbanization to rolling green country side, with the razor wire of the border separating the two.

It is to this view that 红 wakes each morning in the apartment that he shares with his wife in Huanggang district of Shenzhen adjacent the border. So close in fact, that on the days his work as owner of a trading company wholesaling pots and pans to the global market takes him to his office in Hong Kong (3-4 days a week), he walks the ten minutes to the checkpoint. He then takes the shuttle bus across the river, enters Hong Kong and collects his car from an adjacent private car park before driving through the exclusion zone to his Hong Kong office. On the other days he travels to the western outskirts of Shenzhen where a dozen staff monitor and support his business venture, at a fraction of the cost had they been crowded into his single room Hong Kong office.

Not that he spends much time in either office:  the majority of his time is spent visiting manufacturing plants in Shenzhen and Dong Guan (东莞) and meeting customers in Hong Kong. The border is intimately entrenched in his life. Born and raised in Hong Kong where his parents remain, he fell victim to a critical shortage of university places in Hong Kong during the 1980s and completed his tertiary studies in mainland China. What this gave him (apart from a degree in chemical engineering) was an understanding of both sides, and a sort of cultural and linguistic trilingualism (English/western, Mandarin/Socialist China, Cantonese/Post colonial trading port) that uniquely characterizes  most of the cross border commuters I spoke to who operate as universal go-betweens in the borderland region.

The border is also intimately entrenched in his personal relationships. Asked why he chooses to live where he does, he explains that the number one reason is his wife, and the second one is cost. He shares his apartment with his wife, whom he met in Shenzhen, married and now has almost completed the five years of marriage needed to make her eligible for Hong Kong residency, at which point he intendeds to move with her to Hong Kong because it’s “just a nicer place to live.” He and his wife accept the time and inconvenience of the border as a fact of life. Does it bother his wife that he crosses the border to work? No, he makes more money because he does. Reflecting on the conundrum of singing the praises of living in Hong Kong while living in Shenzhen; he justifies it by the market mentality that seems to underline so much of what people do in Hong Kong. “If you’re poor you go back to China”, where your HK salary goes further and your social status is higher, until you ‘make it’ and return to Hong Kong, a twist on the much larger migrant mentality that has been built up  around the Pearl River Delta’s industrial centers.

This is not to suggest that a life on the border is not controversial, 红’s life in Shenzhen exists with little approval from his Hong Kong based family. He seemed intent to impress on me that life, particularly relaxation and social activities are more relaxed and fun in China. He ponders why young men increasingly travel to Shenzhen, to socialize and meet women. It was simply easier and with less financial expectations than in Hong Kong. His social network spans the border in a way I didn’t hear again during my trip, but he said each side had its own style and though the crossing from his house to Hong Kong didn’t give him a feeling of change, when venturing further away from the border, he was constantly reminded where he wasn’t. He wishes it wasn’t the case, but at the same time that’s the magic of the whole situation.