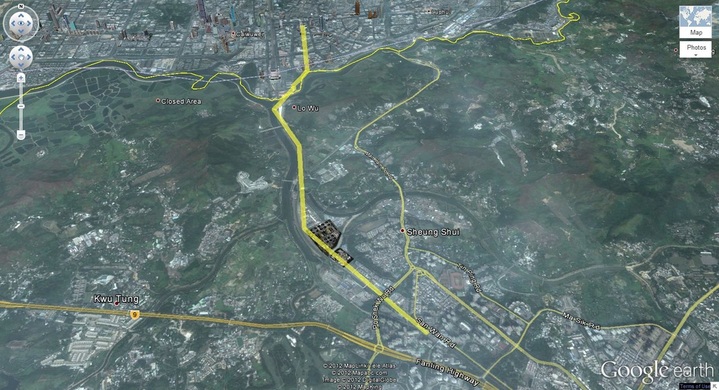 Her office in the heart of Shenzhen is only seven kilometers from her home in Hong Kong’s outer suburbs. Ten yeas ago when her office administration management role on Hong Kong Island was moved to Shenzhen and she followed it, without moving home. Even with the border formalities the journey is shorter and cheaper than a trip to Hong Kong island. In these ten years she has watched the city grow up around her – from farmland to skyscrapers in her lifetime. But she always remains mindful of the personal safety in Shenzhen and she rarely stays longer than she needs to and is always sure to let her mother who worries about her know she's back safely… 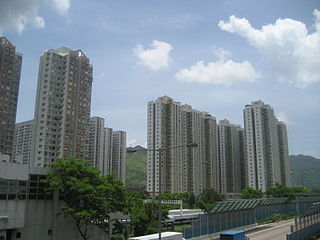 So close, so much change...  Northern New Territories to LouHu commercial district.

As the manager of a data processing center for a large multinational logistics company, supervising dozens of educated trilingual Chinese workers. Daily she travels from her family home in Hong Kong’s outer suburbs one MTR (metro) stop to the LuHu border crossing before taking a local bus the last few minutes to her office. Ten years ago her company shifted their global data processing operations from Hong Kong Island to Shenzhen, where office salaries were around one third of those in Hong Kong. Her job was relocated to Shenzhen and she was enticed with the far shorter commute and a generous travel allowance. Having lived in the outer suburbs adjacent the border her whole life, she had to overcome a mass of negative discourse about Shenzhen, and is still highly conscious of her personal safety in Shenzhen feeling a sense of relief when she returns to Hong Kong. Even after all these years she is “still a visitor” in Shenzhen, struggling to deal with language and cultural differences between her home and work environments, separated by a commute of around 45 minuities. 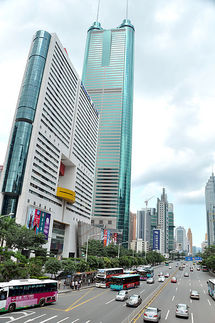 黄’s home and office are only seven kilometers apart, but are resident in completely different worlds. In her forties 黄 has been commuting across the Hong Kong - Shenzhen border at LouHu for ten years. She has been witness to a third of Shenzhen’s existence, and lived as its neighbor her entire life. Her humble and relaxed presence belies the involvement she has had at the front line of China’s economic miracle.

Born in Hong Kong in the 1970’s, at the start of the millennium she was working as a manager in Quarry Bay (on Hong Kong Island), at a data processing centre of a major multinational shipping and logistics company. In 2001 the company decided to consolidate its data processing operations globally to Shenzhen to take advantage of the lower cost base, and her manager asked her to assist in relocating the office to Shenzhen and to become a manager there. At the time it was a serious decision: although she had grown up so close, she had always been told it was a dirty and dangerous place. Indeed she had only ever passed through Shenzhen and never stayed. So she asked her boss for a few days to consider his offer.

In that time she weighed up the advantages and disadvantages of accepting the offer, or continuing for an unknown amount of time to work in Hong Kong. Enticing her to cross the border was a shorter commute from her home in Sheng Shi. The trip from Sheng Shi to Quarry Bay was around one and an half hours by metro and quite expensive, while the LoWu district of Shenzhen was only one stop on the metro and a short bus ride from the border, totaling around three quarters of an hour. On top of that her boss would pay her a daily transport allowance to cover the cost. Supported by her husband and the promise of more time with her then newly born son she began working in Shenzhen.

In 2001 she was one of twelve staff commuting across the border each day, and the company arranged for a private bus to pick them up from the checkpoint. For the first couple of years there were no electronic gates and she collected a significant number of stamps in her various travel documents. Now only two workers still commute across the border and then make the journey from the checkpoint to the office by local public bus. The office in Shenzhen has grown to employ around seven hundred workers. Her section works in two shifts inputting hand written shipping manifests into a digital database from every corner of the globe. Her staff are migrants from all over China; Chinese university graduates, with a command of English and if possible a knowledge of Cantonese, her own preference because she has always struggled with mandarin.

She has watched her workforce and the neighborhood around her office evolve over the last decade. The staff in Shenzhen were more open, and accepting of her guidance, younger but with a tendency to cover things up, she says: “in Hong Kong when they do something wrong they say it, and they won’t do it again, in Shenzhen they just cover it up and blame someone or something else.” When she started, there was a clear difference in “style, attitude” between Hong Kong and Shenzhen. This has changed and today her colleges want to make friends with her and many have been to Hong Kong. Economically the city has developed with prices around her office now on par with those at her home in Sheng Shi.

At the end of the business day she prefers to quickly return across the border to her friends and family in Hong Kong. After a decade working in Shenzhen, she still sees herself as ‘just a visitor’ knowing little of the city outside of what she sees on her daily commute. To her Shenzhen and Hong Kong are clearly different countries. She spoke of putting up a field of personal security in her mind when she arrives in Shenzhen and taking it down when she returns to Hong Kong. She has witnessed several robberies on her morning bus ride, and she stills called her mother when she returns each night so she knows she is safe.

At the end of our lunch conversation we were reflecting on friendships across borders and amongst colleges. She reiterated that home was still definitely a Hong Kong person and particularly one from Sheng Shi, and that language and cultural norms in her mind changed drastically at the border. She had brought her son over once or twice to visit the water park but had always stayed in a hotel and always paid special attention to her ID card, for fear of losing it and not being able to return home.